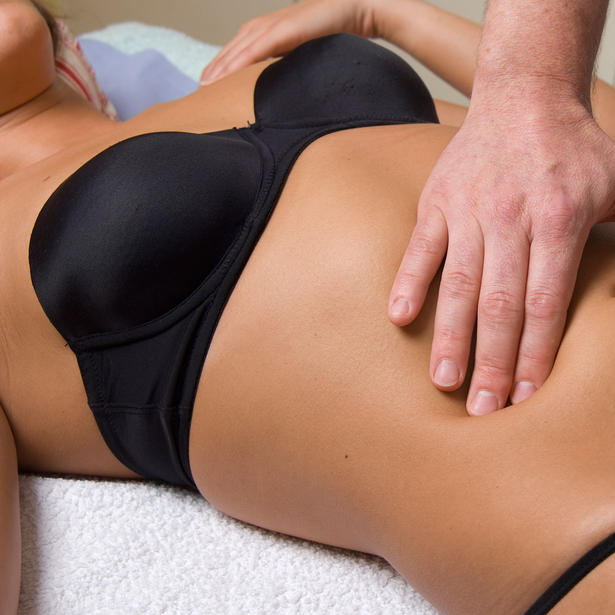 Discussion of the treatment of a woman suffering from severe pre menstrual syndrome (PMS) symptoms and heavy menstrual bleeding.

This case study records the treatment with acupuncture of this 36 year old woman starting in 2005. PMS stands for pre-menstrual syndrome, (sometimes ‘stress’) and can include a wide variety of symptoms of differing severity including pain, bloating, irritability, tender breasts and digestive upset. Menorrhagia means flooding heavy periods which occur at regular monthly intervals. This is as opposed to metrorrhagia where the bleeding is outside the normal cycle.

She described her situation as ‘hormones going mental’ two weeks before her period she would get tense, uptight, aggressive and unhappy and had very tender breasts. Her period was also very heavy flooding through and lasting seven days. She only experienced a little pain on day one of the period and the cycle was regular, 28 days. She was at the end of her cycle at first presentation. She was given Transexamic acid as a clotting medication to help the heavy bleeding. She had also had clots in the blood prior to this. Her periods were uneventful until the age of 16 when they became painful.

It was harder for her to get to sleep during her period, she woke early feeling tense and had a tendency to feel heat especially in the head, at night. Her energy was low since she worked long hours (11 hr days) but the problem started before this.

She had also experienced dull fontal headaches over the last three weeks and nausea in the umbilical region over the same period. She tended to feel cold, especially in the hands and feet and was waiting for test results for Gilberts syndrome- in which the red blood cells are enlarged.

Her tongue was red with a slight purple tinge, mild toothmarks. Her pulse was full (shi) and wiry (xian), more so on the left. Nan Jing abdominal diagnosis showed deficiency of the liver and kidneys. For the first half of the cycle the proximal pulses were deep (chen) and fine (xi), sometime forceless (wu li)

The signs are primarily excessive, the red/ purple tongue implies heat and stagnation of blood, the full wiry pulse implies stagnation of Qi and her symptoms are also consistent with the Qi not lowing smoothly. Tender breasts are specifically associated with the Jue-Yin Liver and Pericardium channels which enter the area so it is often seen as a sign of Liver Qi Stagnation.

Nausea is caused by the digestive process not transforming the food properly due to this lack of free flow of Qi in the middle jiao. Cold hands and feet with feeling of heat in the centre are also a sign of qi constraint. The low energy, dull frontal headache and mild tooth marks show some Spleen Qi deficiency as well which may also compound the nausea she experiences.

The basic diagnosis of this was blood stagnation in the uterus. When the blood gets stuck it doesn’t flow along its normal channels, and in this way it can cause bleeding. The findings of deficiency from Nan Jing abdominal diagnosis were anomalous. On subsequent treatments her pulse also showed as being fine (xi) and deep (chen) in the proximal positions which can indicate kidney deficiency.

It is unusual to have symptomatic kidney deficiency at this age, so I doubted the relevance of this. After the first four sessions she also confided that she had had an anorexic eating disorder in her 20’s as well as doing a physically active job. This could account for her signs of kidney deficiency, and led me to later alter my treatment strategy to greater effect.

As acupuncture treatment continued she also started experiencing dizzy spells, feeling faint, difficulty sleeping and a deterioration of her memory, indicating increasing blood deficiency due to the excessive loss of blood. These symptoms were also assessed by biomedical doctors who found nothing serious wrong. Gilberts syndrome was confirmed however.

Acupuncture treatment of PMS and Menorrhagia

The treatment initially seemed to progress very with with improvements to her PMS symptoms, but less change to the heavy periods. I wondered if acupuncture would be able to help and thought maybe Chinese herbal medicine would be the only way to treat effectively. It was not until I rethought the strategy, and after further study that the excessive menstrual bleeding was controlled.

Acupuncture points used in the treatment of PMS and Menorrhagia

The basic treatment centred around the following combinations of points

2nd half of cycle when she first presented

To spread and soothe the Liver qi, calm the emotions (anger especially is related to the Liver), regulate chong mai (sea of blood) and support the kidneys.

1st half of cycle

To strengthen the Qi and Liver blood while continuing to move the blood. As the symptoms of Blood deficiency increased I used more points to nourish the qi and blood. This strategy though was only part of the solution as it turned out.

Progression and results of acupuncture treatment of PMS and Menorrhagia

After the first treatment the patient reported feeling less stress and emotion and her period had already become less heavy (remember she was nearly due at 1 st presentation). Over the treatment the PMS responded very well improving over the next cycle to only affect her for a couple of days. The bleeding however plateaued after the initial improvement. After the information about her history of eating disorders I had researched and formed a new diagnostic hypothesis i.e. that there was a failure of the Kidney yang energy in holding the blood resulting in the flooding. The blood stagnation being secondary and formed from a lack of liver blood, and stagnation of Liver Qi (what Qin Bowei calls Liver Depression).

I started using Jiaoxin Kid 8 when I discovered it has the function of strengthening the Kidney yang as well as regulating the cycle as the xi cleft of the Yin Qiao Mai. I also introduced Yinjiao Ren7 and Baihui Du20 and mainly used the regulating strategy of the second cycle above rather than the tonification strategy.

This had the effect that the blood loss decreased and normalised at the next period it took another five treatments over two months until she considered the cycle normal again and she decided to have monthly or six weekly follow ups from September until April the following year.

Follow up of acupuncture treatment for PMS and Menorrhagia

In Spring 2007 after 10 months following the end of treatment this patient returned reporting that her hormones were ‘going weird’ again, but her heavy menstruation was not a problem again. Six further treatments using the regulating strategy outlined above resolved the symptoms she was then experiencing, and she has been fine since.

I regret not getting the right strategy earlier in this treatment and feel it would have worked quicker for her, but I am much more experienced now and feel a desire to share this as it was a great learning experience. From thinking maybe acupuncture could only help the PMS but not the bleeding, I discovered that when the diagnosis and strategy are correct on can obtain good results with excessive menstrual bleeding (menorrhagia). This learning has enabled me to help many other women who have had little treatment options from conventional medicine, and occured as a result of my continuing professional development, driven by reflective practice.